Shri Gurushanteshwar Hiremath (SGSH) has its strong hold in Hukkeri. In the region Charajangam practices are lights of Veershaiva. Veerashaiva mahati, triveedh dasoha, religion, Ashtavarana, Panchachara, Shatsthala was taught to the people. Shri Gurushanteshwara lived the life of a brahmachari, a great saint and blessed with infinite knowledge, he was a dedicated soul and travelled his entire life for the betterment of people in the region and also spread the word of religion. In vanaprastha ashram he built a small kutir, performed japa-tapa, linga puja, and purana pravachan. He lived his life and was finally laid to rest and his kutir became a math. This is how Shri Guru Shanteshwara Samsthana Hiremath got established. 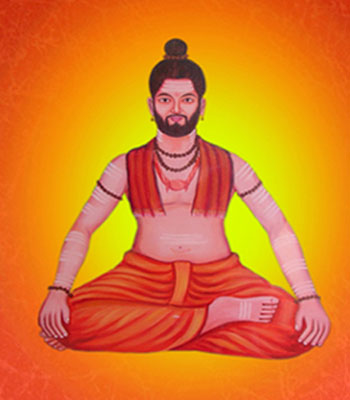 Hukkeri Hiremath built in the 9th century by Keladi kings and during their reign the wealth and prosperity of the region was restored. The Keladi kings had their style of sculpture and Keladi vastu shila became ‘Malenad vastushilpa.

The seers Siddhabasappa and Shivabasappa had a genuine role in the math’s history they were Gurus for many dynasties. Veerashaiva theories, vachana sahitya, Veda, Agam, Upanishads and great epics like Siddhantha Shikhamani were studied and since ancient times it is known as ‘Charajangama Tattva’ and many maths were built and established.

Hukkeri math has a rich Guru Parampara and few matts have such a past glorious history of Gurus; in the country side, there’s a popular saying which goes like this ‘’No math without a Guru and without senior members there can be no family”.

The math has a unique place in north Karnataka and 58 swamiji’s names are mentioned and their service to society which had been hidden in history, because of lack of proper records and the achievements of the great souls who lived and died in the past is hard to find.Hukkeri’s (SGSH) 55th Peethadipati Late Shri Sha. Bra. Basavalinga Shivacharyaru a great sage studied Panchacharya and Sharan Basavanna’s teachings deeply and also mastered Vedas, Agamas and Upanishads. And during most of his time he practiced yoga, studied and knew the Bhagwadgeeta, karma, knowledge, devotional songs, a true scholar and studied mantra yoga, laga yoga and hatha yoga. Rajyoga and Shivayoga was his soul and was well versed with aastanga yogas, yama, niyama, aasana, pranayam, pratyahar, dhyan, dharana and samadhi.

The 57th Peethadipati, Shri Sha. Bra. Shankarling Shivacharyaru was distinct from the others and studied classical music deeply. He was a saint and attracted people by singing Veerashaiva Puranas, Sharana Vachana, Dasar words and tattva in classical tunes melodiously and inspired religious sentiments.

The 58th Peethadipati, Shri Sha. Bra. Veerupaxilinga Shivachryaru wrote the history of the math and restored the records and because of his untiring efforts many hidden facts have been systematically brought to light. This land is blessed with great saints who lived with spirituality, knowledge, salvation, made sacrifices and the land of the soil has become fertile with their thoughts and blessings and their untiring efforts have blessed the land.

The old structure was huge and the math had long and tall teak beams, constructed with large masonry, the roof was made of bamboos and covered with black tiles and had 12 large rooms. The old structure was in a pathetic condition and hence it was demolished and the present Guruji Sh. Chandrashekhar Shivacharya Mahaswamigalu decided to rebuild it and gave it a new modern look.

The New Structure At Hukkeri Hiremath

The present Guruji is the 59th Peethadipati and is active, religious, spiritual, blessed with a keen sense of observation and intellect. The math has come a long way and has been reconstructed better suited to modern times. At the entrance the statue of Sh. Renukachary is seen and on both sides of the main entrance, (welcome the devotees). On the left side is the prasada nilaya, four imposing cement pillars can be seen and two elephant figures are seen on both the sides. The main entrance door is beautifully carved in teak wood and enhances the glory. The main big hall welcomes with Shri Gurushanteshwar idol and in front of it lies the Nandi bull and on the right side of the main hall the founder of Veerashaiva religion Jagadguru Renukacharya divine idol can be seen and to the left lies Aadishakti Shri Annapurna idol is seen and in front of it lies the Shri Chakra. Shri Chandrashekhar Swamiji’s Gurus, Shri Shankarlinga Shivacharya and Shri Virupaxling Shivacharya idols are placed on the right hand side.

On entering the meeting hall it resembles the ‘Durbar Hall’ of Mysore palace and the math has been built keeping in mind the aesthetic sense. The hall is built systematically and is used during the Dasara festivities. There are chairs on opposite sides and on Vijayadashmi day, scholars, dignitaries, village heads, devotees are blessed by the pontiff.